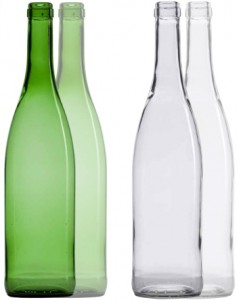 Manufacturer OI launches a super lightweight version of the typical bottle for  Moselle wines and German wines from the Rheinhessen region, also known as the Schlegel bottle. The OI Schlegel Lean + Green bottle weighs 360 grams instead of 440 grams for a regular Schlegel bottle. The bottle is produced by OI in the Netherlands in green and white glass. Soon a lightweight version in brown glass will be available. OI uses ten percent less energy to produce the lighter bottle. Moreover, a high percentage of recycled glass is used: approximately 75 to 80 percent for the green bottle and about 30 to 40 percent for the bottle in clear glass. The percentage for the clear bottle is lower because the supply of recycled white glass is considerably less. The Green+Lean concept of OI received an award at the Packaging Evolution Awards earlier this year in Australia. OI was the winner in the category “Most Innovative Solution in Packaging Waste Management in Australia” and was also named “Best in Show”.