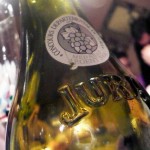 The Confrérie du royal vin jaune (Brotherhood of the royal vin jaune) rejects vin jaune in bag-in-box. Vin jaune is the typical sherry-like white wine from the French Jura region. A company from the region recently launched a bag-in-box with vin jaune. “In the New World consumers accept that wine is sold in many modern packages, like … cans and bag-in-box,” said Robert Aviet, president of the Brotherhood, in the French newspaper Le Progrès, “but it is unacceptable that our vin jaune is associated with such barbaric packages”. Aviet does not want the image of the ancient vin jaune besmirched by cheap or alternative containers. He demands that only the typical bottle is used. Moreover, he fears that alternative packages would allow downgraded vin jaune of inferior quality on the market. “Let our unique wines not be devalued in this way,” added Robert Aviet.