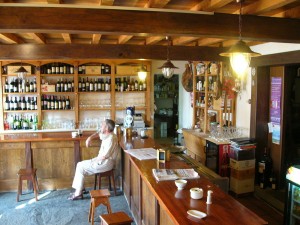 2009 was not a good year for Spanish wine exports, according to figures from the Spanish Wine Federation FEV (Federación Española del Vino). Spanish wine exports fell by 13.5 percent in value and 9.7 percent in volume compared to 2008. The average price of one liter Spanish wine on the international market declined by 4.2 percent to € 1.14. In their three main export markets, namely Belgium, Portugal and Switzerland, the Spaniards last year sold more wine. But exports to Italy for example fell back with 56.7 percent compared with 2008. Sales of Spanish wine on the domestic market also decreased. The Spanish wine consumption decreased by almost ten percent. The falling prices per liter made some producers and cooperatives (especially hard hit in the Rioja region) request the Spanish Government to perform an emergency distillation and convert 2.5 million hectoliters of unsold wine into alcohol for industrial use. The newspaper El Pais writes that the largest agricultural organization in Spain, Asaja, disagrees with the request. The distillation would cost the government 50 million euros, an amount that would be deducted from the overall agricultural budget. Two years ago, Spain exported a record amount of wine. In 2008 however, exports began to slack.