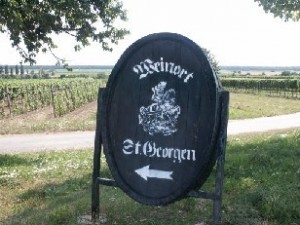 In Austria, vandals destroyed a historic vineyard, reports the AP news agency. In the 500-year-old vines grow old vines which are considered the great-great grandparent of Grüner Veltliner. One or more unknowns chopped most vines into pieces. Perhaps all the vines are lost. The vineyard was rediscovered in 2000 near the village of St. Georgen, a suburb of Eisenstadt in Burgenland, by Michael Leberl, who had heard about it by his mother. After examination by experts, the St. Georgen vines were found to be a cross of Tranminer and a precursor to Austria’s most popular white grape Grüner Veltliner. In 2009, the value of the historic vineyard was estimated by experts at 100,000 euros. Why and by whom the vineyard was destroyed, remains unclear. The Austrian police has commenced an investigation.