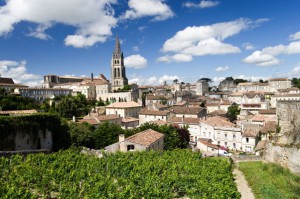 From 2012, Saint-Emilion receives a new wine classification for grand cru and grand cru classé’s, after the reviewed classification from 2006 in was lifted by the court in Bordeaux in 2008. The French INAO laid down the new rules laid down November. They will apply from the 2012 harvest. Saint-Emilion is the only French AOC that reviews the classification for its grand cru’s every ten years. But the last review in 2006 raised protests because a number of wine chateaus felt wronged and took their case to court. Henceforth, an independent institution will determine the classification with blind taste tests and on premise quality checks. The institution will be selected after an open tender. For the grand cru ranking ten wines from each candidate, from 1999 to 2008, will be tasted blind. Domains who desire a grand cru classé stamp will have to present wines from fifteen years for a blind tasting. Furthermore, the reputation for hygiene and quality of the technical department of each wine castle will be reviewed during a visit. Based on the results a new Saint-Emilion classification will be determined that applies from 2012. The wineries will have to submit their dossiers in the Spring of 2011. Taking part is not free and costs several thousand euros. Until 2011, the old classification from before 2006 will remain in place. The old classification ranks 72 wineries, or sixteen percent of all wineries in Saint-Emilion.