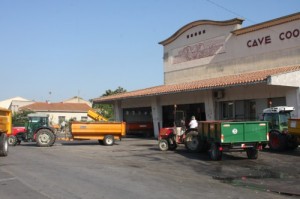 In southern France, a new case of fraud with Pinot Noir has been discovered. The chairman and director of the cooperative winery of Coursan Armissan near Narbonne will appear Friday before the criminal court of Narbonne, reports the Midi Libre. The cooperative has distributed 10,000 hectoliters of forged Pinot Noir in the French market. The cooperative also sold false Merlot, Syrah, Cabernet Sauvignon and Sauvignon blanc, in total 135,000 hectoliters of counterfeit wine. Earlier this year, there was a similar fraud case involving the cooperative Sieur d’Arques in Limoux. But in that case the counterfeit wines were exported to the U.S. The cooperative of Coursan sold its counterfeit wines in the French market. The fraud mechanism was the same: cheap local wine was sold as more expensive wine made from a single grape. It is expected the case will be opened Friday, but immediately postponed for several weeks pending further investigation.