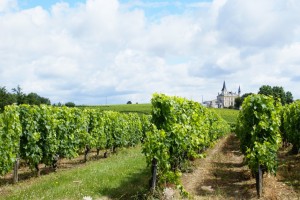 Exports of Bordeaux wines in 2009 declined “catastrophically”, says Alain Vironneau, president of the Conseil interprofessionnel des vins de Bordeaux (CIVB). Exports of Bordeaux wines fell globally by fourteen percent in volume and 23 percent in value. In the last three months of 2009 there was a slight growth, but not enough to make good the losses. Bordeaux in 2009 sold nearly 5 million hectoliters, or 661 million bottles of wine in France and abroad for a total value of 3.37 billion euros. Nearly seventy percent of them were sold in France itself. After the European Union, the V.S. and Japan, China in 2009 was the fourth most important market for wines from Bordeaux. According to Roland Feredj, director-general of the CIVB, exports to China doubled in volume to 137,000 hectoliters. That accounts for 74 million euros, an increase of forty percent in value against 2008. In the EU, Germany is the main market for Bordeaux wines, accounting for 252,000 hectoliters, or 119 million euros. Belgium is in second place and represents 223,000 hectoliters, representing 124 million euros.